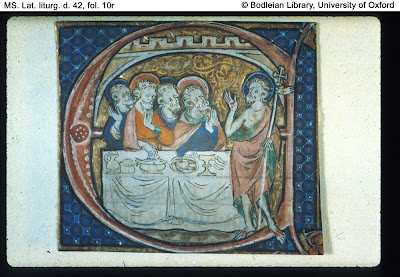 One more chance — then turn off the Brussels money tap

In Bulgaria almost any prominent job can get you killed. Writing books on the Bulgarian mafia (Georgi Stoev – shot dead on Monday in a busy part of Sofia, the capital). Running a company that repairs Bulgarian nuclear power plants (Borislav Georgiev – shot dead on Sunday in front of his home in Sofia). Running a football club (15 club presidents killed in the past 13 years, including three within two years from a single club).

What is the European Union supposed to do with Bulgaria? Just over a year ago, it let the country in, along with Romania, despite its failure to reform its courts or tackle organised crime (there have been more than 150 gangland killings since 2001). Since then the problem has got worse. Almost anyone in a senior position has money and, therefore, has links with organised crime; or has taken a stand against organised crime and may be a target.

Brussels has poured out savage condemnations, by its standards. On March 28 José Manuel Barroso, the European Commission President, turned up in Sofia to upbraid Bulgaria for its failures. Despite the no doubt deliberately disarming manoeuvre of awarding him the Stara Planina, First Class, a huge silver-and-gold medal that is the highest honour in Bulgaria, he told his hosts: “Honestly speaking, we cannot constantly repeat that more needs to be done.” Despite making pledges Bulgaria has failed to convict a single suspect or charge any senior officials with graft.

So what now? Once the EU let in Bulgaria and Romania it lost its main tool to persuade them to reform (and Romania’s paralysis, while not quite as lethal to its elite, is a separate, dismal problem). The European Commission can try to shame Sofia, as its reports try to do. It can decide that Bulgarian court decisions will not be recognised in the rest of the EU but this might be counter-productive, putting beyond the pale the institution that it most wants to improve. Or it could threaten to withhold aid worth €6.5 billion (£5 billion) between 2007 and 2013, on the ground that it might be misappropriated. This is stretching a point, under EU rules, as the aid is intended for rural development, not the area of Bulgarian life that has most offended. But it could be done.

The predicament follows from the failure of the EU to attach many conditions to the behaviour of the new members. It was too confident in its power to transform countries by simple virtue of membership. No future entrants will get away as lightly as Bulgaria and Romania.

It is also a reminder of the dangers of repelling such countries. Russia has been courting Bulgaria and has succeeded in pulling it into a deal for a new gas pipeline. That immediately makes Bulgaria dependent on Russian goodwill. Meanwhile, the old guard in Sofia are a siren chorus, urging Bulgarians to place their faith in Moscow, not unreliable Brussels.

It is worth one more go from Brussels before reaching for the harshest sanctions. Specifically that means demanding proper reforms of the Interior Ministry, as the Prime Minister, Sergei Stanishev, has done. If that brings down the fragile three-way coalition, too bad.

If that fails, then Barroso, who has now exhausted the language of frustration, would be entitled to tell Bulgaria that it is not fit to be in the EU. The other members cannot throw it out but they can at least withhold the money that it has too casually assumed will flow its way.
етикети: sanctus amor patriae dat...

The EU has called on Bulgaria to take "urgent action" to fight organised crime after two prominent figures were shot dead in 24 hours.

The European Commission said the killings in the capital, Sofia, were not just another statistic.

Georgi Stoev, a former gang member who wrote nine books on the Bulgarian mafia, was shot in the head as he was leaving a cafe. He died of his wounds.

His company, Atomenergoremont, maintains reactors at the Kozlodui nuclear plant.

Next week, EU experts will travel to Bulgaria before the European Commission issues a report in July on the country's progress in fighting high-level corruption and contract killings.

The EU imposed a special corruption monitoring scheme on Bulgaria and its neighbour Romania when they joined the EU in January 2007.

The EU could cut some of the funds for Bulgaria or refuse to recognise arrest warrants and criminal judgments issued there.

"Unfortunately these shootings have continued to take place on a regular basis over the last couple of years and without successful prosecution."

Bulgaria has seen some 150 mafia-style killings since the fall of communism in 1989, and not a single conviction.

The EU has already frozen some of its infrastructure subsidies for Bulgaria.

Bulgarian Prime Minister Sergey Stanishev publicly pledged that his country would do its utmost to prosecute those responsible for the latest attacks, but diplomats say he is involved in a power struggle with the interior minister, Rumen Petkov.
етикети: sanctus amor patriae dat...