The 56-year-old would take over as Nato secretary general from Jaap de Hoop Scheffer. The Dutchman is due to leave the post in July.
Mr Rasmussen appears to have the backing of heavyweight Nato members, notably the US, UK, France and Germany.

Mr Rasmussen, a liberal who has led three consecutive centre-right governments in the last eight years, has himself repeatedly refused to comment on his candidacy, or even confirm he is in the running.

However, his reticence is believed to be a tactical move to avoid interfering in any of the diplomatic efforts taking place behind closed doors, rather than signalling a lack of interest in the post.

If chosen, Mr Rasmussen will face a challenging time at the helm of Nato, with the war in Afghanistan hit by severe setbacks and the alliance debating whether to take in more ex-Soviet countries.

But after more than seven years as prime minister, Mr Rasmussen is considered a veteran of international politics, whose attention to detail and strong communication skills will stand him in good stead in his new job.

When Denmark held the rotating EU presidency in 2002, it was Mr Rasmussen who led the complex negotiations which resulted in 10 European countries joining the EU in the union's biggest enlargement to date.

A personal friend of former US President George W Bush, Mr Rasmussen was one of the foreign leaders who most strongly supported the US-led "war on terror".

Under Mr Rasmussen, Denmark not only supplied troops for the invasion of Iraq in 2003, but also sent 700 soldiers to fight under the Nato banner in Afghanistan.

However, his support for the US in Iraq and Afghanistan and his uncompromising stand in the row over Danish cartoons mocking the Prophet Muhammad severely damaged his standing in the Muslim world.

Mr Rasmussen has all along refused to apologise for the controversial cartoons published in a Danish newspaper in 2005.

He has stressed the freedom of the Danish press and said it was not for him to limit or judge what the press published.

Muslims who opposed the cartoons said his tough stance on the matter completely disregarded Islamic sensitivities.

In recent years, Mr Rasmussen has led diplomatic efforts to get major countries such as the US, China, India and Brazil to back a new UN climate agreement.

The agreement is scheduled to be signed in Copenhagen in December 2009, at the so-called COP15 climate summit.

Environmental campaigners fear that the chances of a deal being reached could be diminished if Mr Rasmussen were to leave office before then.

As well as campaigning for an international deal to prevent climate change, Mr Rasmussen was also quick off the mark in embracing social networking sites on the internet.

He was the first top European politician to use Facebook, the popular networking service, to engage with voters. He now boasts 12,000 Facebook friends.

His wife also joined the ranks of celebrity recently when she participated in a television dance show. She has since quit her job in childcare.

Nato is expected to announce who will be the next secretary general at a meeting beginning on 3 April. 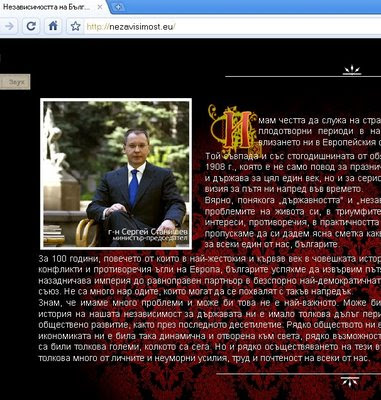